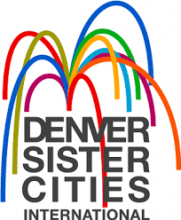 Denver Sister Cities International (DSCI) is a vibrant and growing organization that believes in bringing together local citizens with grassroots efforts. Featuring 10 Sister Cities around the world, DSCI is a network of people—diverse global ambassadors—interwoven with common thoughts, ideas and the notion of active participation.

DSCI is a group of passionate, peace-stirring citizens infatuated with the idea of global friendships. DSCI is part of a remarkable organization that bridges four continents, eleven municipal governments, at least fifteen languages, and nearly twenty million city dwellers. These global friendships include cultural, educational and humanitarian initiatives, along with student/community exchanges, lectures and various cultural gatherings.

Denver Sister Cities membership is open to all – extended especially to those with an interest in international culture and a desire to join the global community.