Put a membership on hold 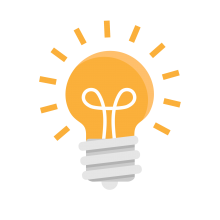 In these difficult time, your organization may find itself in a situation where it cannot offer the usual level of service or support to all your members. As a consequence, you may want to offer to some of your members the possibility to put their membership on hold for a period of time.

The new version of CiviCRM, that we have recently rolled out to all our customers, adds a new setting that can be used to temporarily put a membership on hold.

Temporarily put a membership on hold

By default, membership statuses are changed automatically by CiviCRM based on membership start and end dates. A membership is initially with the status New, then switches to Current before it reaches its end date. After that, if it has not been renewed on time, it enters the Grace period and finally turns to Expired.

For a few years now, it has been possible to override a membership status in order to assign a status manually and bypass the automated status change. The status you assign remains in force, unless it is again modified. You can for instance force a membership to stay with the status Current even though its end date has passed (that's really not something you want to do, though), or you could set it to Canceled if that contact had decided not be a member of your organization anymore.

The status stays overriden until an admin user manually removes the setting. But we have seen countless CiviCRM instances where the admin users have manually changed the status of some memberships using the override setting, and forget about it, only to realize later on that a membership that should be expired is still counted as current.

In the new version of CiviCRM, the status override checkbox has been changed to a drop-down list with 3 options:

The first 2 options are the same as previously: No = the default value when creating a new membership, Override Permanently = the status is never changed and is forced to the selected value.

What's new is the option to override the status until a set date in the future, afterwhich the membership status will automatically go back to being calculated based on the membership end date using the status rule.

Jane is a member of your organization since January 1st and her membership expires on December 31st. Because of her personal situation, she asking to put her membership on hold for the next 2 months afterwhich she would want it to resume normally and extend her membership to 2 more months. Here is how you would proceed in CiviCRM to handle that request: 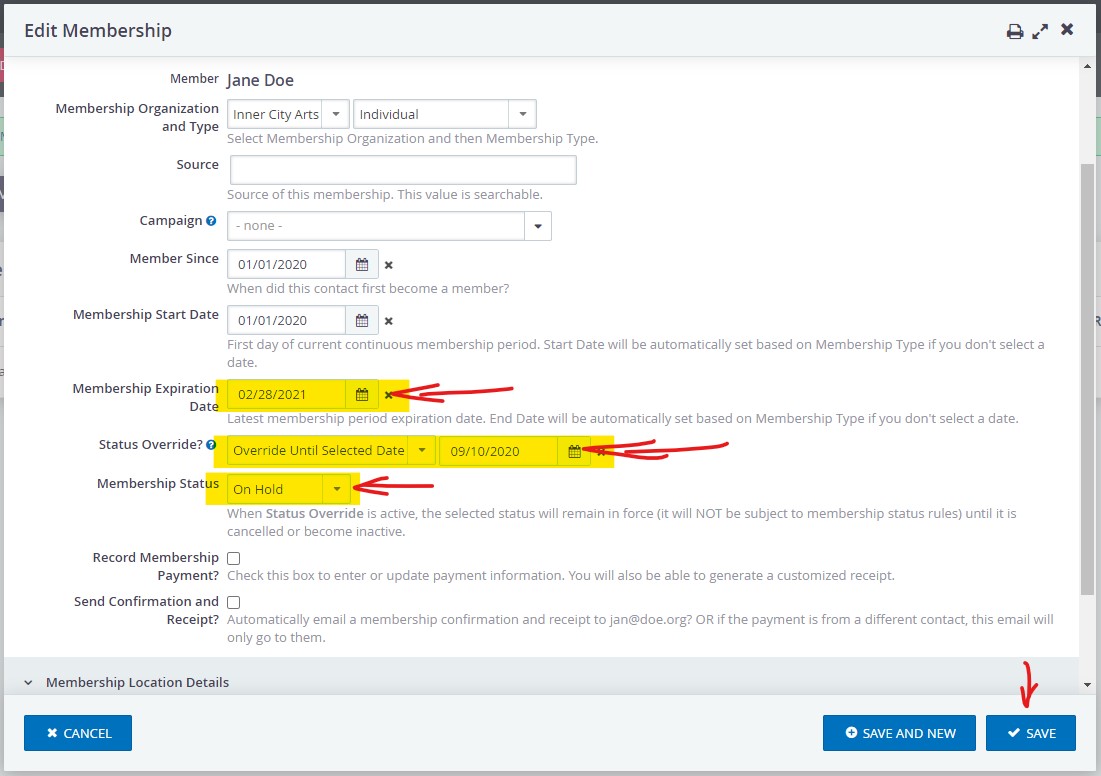 With these changes Jane's membership will be "On Hold" for the next 2 months. On September 10th the override on her membership status will be lifted and she'll be a current member again until end of February, 2 months after the original end date of her membership, to make up for the 2-month hiatus.

There is a caveat though: CiviCRM will only revert to automatically calculating the status at the end of the override period if the status the membership was on has the setting  "Current Membership". So  that means Jane's membership with the status "On Hold" would show as an active membership in Jane's contact record. You would just need to adjust the filters of your reports to pull out only the memberships which statuses YOU consider as current.

"Override until selected date" is a great addition to the original "Override" setting to manage specific membership arrangement with your members and avoid having memberships with an overriden status for ever.

If you'd like to search for memberships which have the status overriden you just need to set the "Membership Status Is Overriden?" check box to Yes in the Membership Search screen. 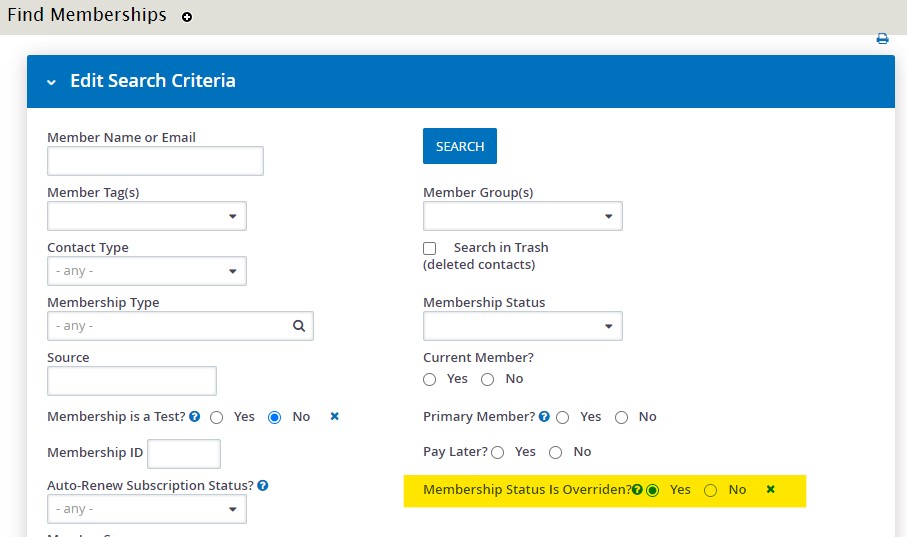