Heart of a Warrior Charitable Foundation 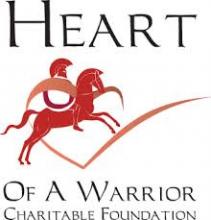 Heart of A Warrior Charitable Foundation (HOAW) supports educational, cultural, and life-enhancing enrichment programs targeted to underserved children in the Dallas/Fort Worth area.

Cividesk recently spoke with Jeff Martini, executive director about his experience learning and using CiviCRM and how it has benefited his organization.

The foundation began using CiviCRM in 2013 with the help of Cividesk who implemented, configured and trained staff on the database. At that time, the organization really didn’t take advantage of the many functionalities CiviCRM has to offer. “Even though the staff had CiviCRM available to them, it just seemed easier to rely on what they knew”, explained Jeff.

When Jeff joined the HOAW team in the fall of 2014, he inherited paper records and spreadsheets from other staff members. “One spreadsheet would lead to another spreadsheet, and I would have to hide or expand columns to try and complete the information and usually incorporate yet another spreadsheet.”  Jeff had used Access in the past, but had no real experience using a CRM. Unfortunately, his overlap time with his predecessor turned out to be very short, and didn’t allow for any training in CiviCRM. Jeff reached out to Cividesk to let them know that he “was the new guy and needed log-in credentials”. Cividesk welcomed him and helped him get started using his CRM.  “The personal touch helped me with the learning curve”, explained Jeff. He took several of the Cividesk on-line training classes and found them critical to understanding the basic functions of the CRM.

One of Jeff’s first projects was to put together an annual report of donors, but he couldn’t do it using CiviCRM since the contribution data had not been consistently entered in the database. He needed to understand the relationship with the donors to know their donation history.  “It’s embarrassing to call someone and think they are a new donor, and they’ve actually been donating for a few years”. He made a decision at that point to fully embrace using the CRM, even if it meant staying late and spending extra hours to input data. He also spent time going through all of the donations from the previous year’s fundraising event to recreate where specific donations originated, since this event had three different revenue streams. CiviCRM allowed him to have the breakdown of the donations in order to track if it was a raffle ticket, a donation, or ticket sales.

Jeff feels that the immediate response from Cividesk to his questions helped him get through this learning process. He knew if an issue was urgent, he could pick up the phone to reach Cividesk staff and get an answer right away. Jeff spent quite a bit of time going through paper files and records, inputting them into the CRM and was able to successfully run the Donors report. “It was worth it to get the data in the CRM and be able to run the report from there.” So now instead of having an Excel spreadsheet that needs to be imported into CiviCRM, Jeff can easily export data from CiviCRM onto a spreadsheet.

Jeff’s goal was to get as much information as possible from his paper files into the database and accessible to everyone. “I’m not good with paper, it just collects”, he explained, “I knew those existing spreadsheets were valuable for the data they contained so I needed to get that info into CiviCRM if I was going to really start taking advantage of all that it has to offer. Since there was so much data in Excel that needed to be entered, Jeff turned to Cividesk to help him with the import of this additional data.

This year’s major fundraising event was managed smoothly with the help of CiviCRM and some custom development by Cividesk who designed an on-line raffle ticket page. The raffle page allowed participants to buy raffle tickets and to allocate these tickets to a list of raffle prizes. The custom development helped ensure that the number of tickets allocated to the specific prizes was the same as the actual number of tickets purchased. Jeff exported participant information from CiviCRM to a spreadsheet so staff could use that to track attendance at the event. After the event, he sent customized thank you notes to the attendees (and not to those who didn’t show up since this status was tracked in the database), something that hadn’t been done through the CRM in the past. In fact, the participant data showed they had more attendees than the previous year, even though it appeared to be a smaller turn-out due to a larger event space. “The information was right there, there was no guessing. These are little things, but it showed what we are capable of if we just invest in the system” explained Jeff.

Jeff is currently working on a general campaign to raise money and is using the CRM to help in that effort. He made sure all the 2014 donations were recorded in the CRM and is in the process of making fundraising phone calls. He uses data in the CRM about event attendance to start the conversation with potential donors and finds that this ability to be more personal in his interactions with his constituents makes all the difference.

“It’s important to really fully adopt CiviCRM”, Jeff explains, “and not have interns always inputting the data but have the staff members fully using the CRM.  It’s not really that hard to use, and if learning it coincides with an active project, it helps you learn how to use it even quicker”.  When asked to give advice to other nonprofits working to fully implement CiviCRM into their work routine, Jeff reiterates that CiviCRM needs to be part of your regular set of tools that you use all the time. “If it’s part of your daily routine, you will benefit greatly from all that it has to offer”.